Yes, it is that time of year again, friends….the time of ‘best of’ lists and holiday buying hives. Ok, maybe that’s not you, but you really, really want to impress that super hot poet that lives down the hall or maybe deigns to talk to you in the Starbucks line you happen to keep timing just right so as to consistently run into him/her.

Or maybe, you are married to one of these poethead monsters.  Or gasp! You are one of those word-flingers.

Sexy-Christmas-Elf-me can practically guarantee to get you a good snog under the mistletoe, if you will wrap up  a few of these (mostly) 2014 collections.

This is actually a Spring 2013 release that made it into my basket early this year, but boy am I glad that it did.  Combining a print book with a DVD of short films, this combo from  Carrie Olivia Adams (better known as poetry editor for Black Ocean) is definitely a keeper.

Love this tagline:  “A woman knows her body . . . until it is exploded into a multitude of Janes.”

I Know! Your eyes are totally blown out of your head.

Moving on to 2 Titles from COPPER CANYON

Debt to the Bone-Eating Snotflower

Read “The Leviathan of Parsonstown” here

Matthew Zapruder‘s 4th collection, another zinger from one of Cali’s hottest poets

Check out “Poem for Plutocrats”

Kelly Andrews, coeditor of Pretty Owl Poetry/economic journalist, delivering a kick-ass first chapbook plus she loves cats. What’s not to like?

Read a sample poem at the purchase link above.

And from (The) EMMA PRESS, one of the cooolest small presses in the UK… 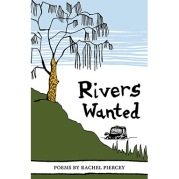 Rachel Piercey’s 2nd pub with EP, but her first full-length pamphlet, bringing every bit of her gobsmacking wit and charm to a head.

Check out the great write-up from Sabotage Reviews here.

Ok, a bit of a cheat.  This is forthcoming Feb. 2015, but I just love the Scottish hell out of Kathleen Jamie and couldn’t help but put this up even without a pre-order button. Why is there no pre-order button?

Oh well, buy this as soon as it’s out.

then there is this ball-buster from HANGING LOOSE PRESS 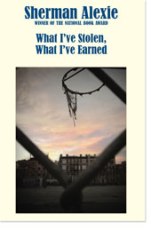 What I’ve Stolen, What I’ve Earned

Sherman Alexie is hands-down the baddest NDN around with multi-genre superpowers, and I basically want to be him when I grow up, only better-looking in a dress, which should be red with imitation feathers. 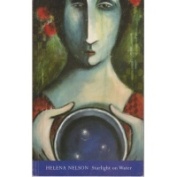 (another small press from across the pond)

Starlight on Water and Plot and Counter-Plot

These pamphlets are actually from 2003 and 2010, but I’ve only just discovered Helena Nelson through performance circles, so bear with me.

Both of these babies rock the cover art and feature marvellous poems.

The Light That Shines Inside Us

Marguerite Guzman Bouvard‘s poems so good they should have their own shrine. And I am I totally not just saying that because this is like my favorite NOLA based press. Who Dat, Y’all!!

The Cabinetmaker’s Window from the sexy poet-carpenter who is

all over the Southern lit magazines. Love me some Steven Scafidi.

Read “To Whoever Set My Truck on Fire” at How a Poem Happens and see.  See!

Now buy the book and

then again, you can’t really go wrong with most of the Southern Messenger Poets series

same goes for Ewa Chrusciel, whose latest from OMNIDAWN

well, that doesn’t really do her justice.  just pick up the book and work your way into her genius.

[Dude, I know it was on Split This Rock’s recommended list from last year, but I just got it…so now I’m telling you it’s good. LOL]

Jo Pitkin, is a must-have.  She has been accused of “bewitching” her readers, but in the best possible way. 🙂

Everything out of Salmon Poetry is top-notch.

and from UNICORN PRESS

Thoughts to Fold Into Birds by

“grounded in the coastal carolina’s wind, sun, and sea”

Also, you’ll look really, really smart if you buy and then read…. 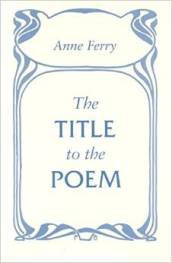 The Title of the Poem by

Seriously, though, this will open up a whole new world. Trust me!!!!