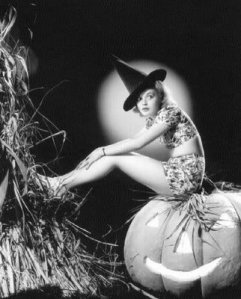 Or perhaps you are atop a broomstick or pumpkin.  Wherever you find yourself this Halloween, don’t let the hour arrive without first indulging in some of these SPOOKTACULAR finds:

The Stone Horse of Flores by Michael J. DeLuca–at Betwixt

The Gingerbread Dress by

When the Wife Brings Love Back From the Dead, She Creates a Monster by

The Mermaid at SeaWorld by Ada Hoffman–at NightBlade

Hunger—The Witch has a Purpose

by Liz Kay–at The Golden Key

Day of the Dead by Helen Kitson–at Sabotage Reviews

At That Age When We Girls Become Fairies by E. Kristin Anderson--at Abyss&Apex

31 Monsters of Halloween at Made of Lines blog 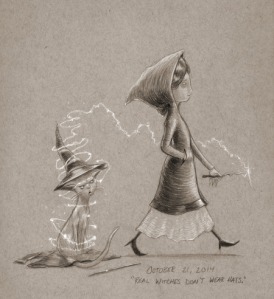 While you may not think of Louisiana as a hub of Latin American culture, with over a 1/3 of our population now made up of peoples of Hispanic ethnicity (mostly of Mexican and Central American origin), we are certainly moving towards it.

And with this weekend (Nov. 1-2) marking the annual celebration of El Dia de los Muertos (the Day of the Dead), it’s a blur of food, music and parties around here.

[If you’re not familiar with the holiday and need an intro to its traditions, read up on them here and here.]

Here in the city (New Orleans), there’s a parade (isn’t there always?) that is a rich showcase of beautifully painted faces and intricate costumes. It’s an absolute scream!

See? I was trying to be funny there. But, seriously! It’s a must-do if you are ever in our neck of the woods this time of year. If not, chances are your city (or at least a part of it) holds festivities too.  Ask around.

And then settle in with a good book.  I’ve put together an essential reading list of:

Go on and indulge. It’s a party after all!