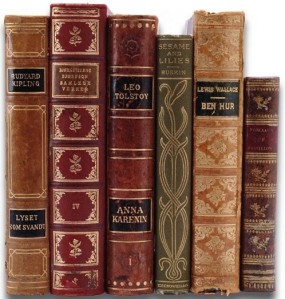 The British poet/novelist/lay theologian, G.K. Chesterton (29 May 1874 – 14 June 1936), is perhaps best known, at least in writerly circles, for his FATHER BROWN mystery series, which chronicles the adventures of a priest-detective in and around London.  Some might know him from his work in Christian apologetics, but beyond that, he was an accomplished essayist with interesting ideas on all the biggies of politics, literature, philosophy and art.

In an essay, titled “What the Classic Writers Knew That We Have Forgotten,” he says that:

The highest use of the great masters of literature is not literary; it is apart from their superb style and even from their emotional inspiration. The first use of good literature is that is prevents a man from being merely modern.  To be merely modern is to condemn oneself to an ultimate narrowness; just as to spend one’s last earthly money on the newest hat is to condemn oneself to the old-fashioned.  The road of the ancient centuries is strewn with dead moderns. Literature, classic and enduring literature, does its best work in reminding us perpetually of the whole round of truth and balancing other and older ideas against the ideas to which we might for a moment be prone.

He then goes on to dissect some of the “modern” ideas of Nietzsche and Bernard Shaw, calling them “broken fragments of the old ideas,” and still further states that one “can find all the new ideas in the old books” and in much more balanced dosages.  He recommends, as a cure for all the ills of modernism, a heaping helping of classics, with specific suggestions on Shakespeare, Homer, Virgil and Dickens as the best models for one’s own literary works.

This, of course, begs the question “What is a classic?,” and introduces the concept of the “Great Conversation.”

ta, writing for VIDA, tackled that exact question back in February and defined it in terms of universality before delving further into an examination of the inclusion/exclusion of “women’s writing” in the Western Canon.  She also touched briefly on the idea of a classic as an two-way conversation.

Speaking exclusively of the Western Canon, the concept of the “Great Conversation” goes beyond that limited speech and opens the classic up to a broader dialogue with previous generations of educated thinkers spanning both time and disciplines. I find this ideal both helpful and hindering.

A less Western-centric checklist would define the classic as a work which expresses some enduring, artistic quality of life, truth, or beauty in a universally appealing way. This definition, in one breath, opens us up to other cultures and the female and indigenous perspectives. But it still boils down to a very subjective ideal.

Chesterton, to revisit his earlier statements, reveals much about his character in his choice of mentor texts. His selections suggest  that these “new ideas to which we might for a moment be prone” are probably much more deeply embedded than he believed.  This is, of course, what is at the heart of Mehta’s argument.

Which leads me on to my next point: once an individual settles on his/her own broad standard of a “classic,” that individual’s TBR pile can expand infinitely by whatever level of filtering he/she might choose to set.

For example, your interests might intersect in say “Sci-Fi Classics by Women”. A google search could then easily produce Fantasy Fiction‘s tidy list Grandmothers of Fantasy.  I’m not so sure about the term ‘grandmother’, but you might want to apply the concept to poetry as well. In which case, you might want to try my foremothers posts.

You can also glean recommendations from my previous postings on Southern novels, Native American writers and Irish pen-wielders. Or for more specific lists, try

The Top 100 Books Every Woman Should Read, Part I: The Classics

Consider also delving into the canon of other countries.  Suggestions abound at the International Fiction Challenges post. And on that note, I also ran across some interesting debate going on over at Crikey and Stumbling Through the Past about what deserves inclusion in the Australian canon.

Personally, I have also been fascinated recently by the “secret canons” laid bare at the Girl Canon Tumblr. I could spend days poking around over there.

And if you want to go more old-school, I have deep dives into  Dante, Beowulf and the Poetic Writings of the Old Testament.

Tell me what classics you’re exploring by leaving a comment.  I love hearing from you.  And as always, Happy Reading!!!!!